What do we have here? A Disney licensed game that for some reason is not in every household?

Maui Mallard was a that has been imprinted in my very soul as a child. Amazing graphics, tough as nails gameplay, Donald Duck and soundtrack that amazingly enough is amazing even to this day.

I spent hours upon hours playing this game, mostly in frustration due to its difficulty but always returned to it every now and then

What Is Maui Mallard

Maui Mallard is a sidescroller arcade game, like Rayman, Sonic, Mario etc. in which you take control of Donald Duck.

Under the guise of a person known as Maui Mallard, Donald arrives in a tropical island, to investigate the dissapearance of a magical artifact. In the process he unlocks his mystical powers and becomes a magical ninja warrior on the side of a gun wielding detective.

I know right? Mind. Blown! The game functions like most side scrollers of the 90's did. Run around, shoot baddies, avoid damage, find secret paths, solve some basic puzzles etc.

Despite the absence of memorable side characters like, Daisy, the nephews, Scrooge etc, this solo adventure Donald went into is quite fascinating.

The game was met with pretty decent reception, critics praised it, people loved it but unfortunately that was not enough to warrant more Maui Mallard games. (unfortunatelly)

The game offers amazing level design, vibrant colors, excelent soundtrack, average at best sound effect, fun animations and off course the signature stories only Disney can give us

The entire thing feels like you are playing through the pages of a classical Disney Comic, with proper dosage of humor, mystery and action

Without a doubt, a -must- play 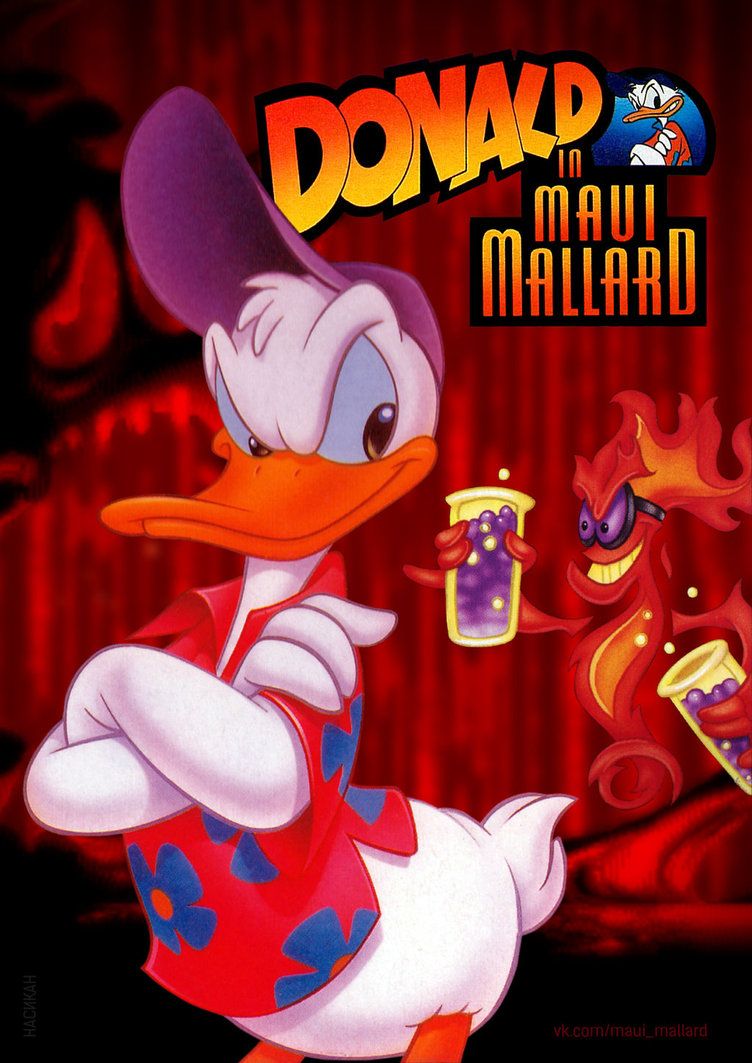 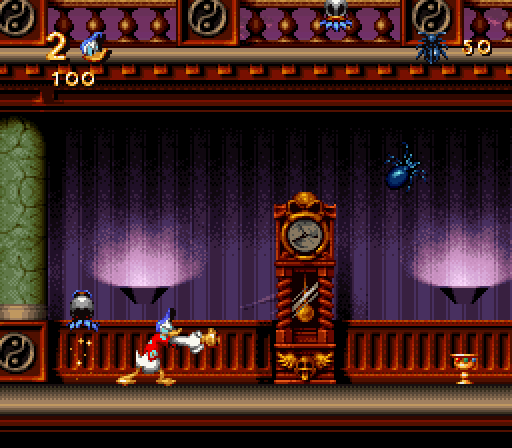 The game's visuals deserve praise for many reasons. Vibrant colors, fun animations, it is easy one of the games that showcase why pixel art games still have such a great following.

The game's color scheme always fascinated even as a kid. I never made it beyond the third level as a kid, but even so, the colors they used, the lighting and everything felt extremelly unique and different. From bright colors on the lighter spectrum of the first level to the odd combination of light and dark in the second to the dark and more "ominous" color scheme of the Mudrake Village.

As an adult I am glad to see my initial thoughts of the game turned out to be correct. The game offers a wide variety of tropical island zones and the similar color set to match.

As I said, they remind me a lot of the Comic's and cartoons Disney used to broadcast like Ducktales. Then again, I -am- talking about the king of the 2d motion picture of the 90's, and it shows

Well lets be hones here, sound wise the game's sound effects are nothing interesting, even for the 90's.

Where the game truly shines is in its music. With a jazzy beat and bongo drums, the music kind of feels at home at some Las Vegas show.

In an era where music was not the strong suit of games, In Cold Shadow in my opinion manages to make one of the memorable soundtracks out there

But why Donald Exposed?

Where are the nephews Parents?

This is the question I ask to all you readers. Donald is the legal guardian of his nephews, not his own kids.
Where did his brother or sister go?
Where did they vanish?
Why do powerful magical beings like Magica De Spell seem to get the hots for Donald?
Why is he so prone to violent temper tantrums that can scare off everyone?
How is the duck to the left, the same as the one to the right?

Because Donald Duck ladies and gentlemen is not who he seems to be. Maui Mallard is in fact what Donald Duck used to do before he had to take care of the kids. He was a mystical ninja warrior spy that uses other names to vanquish evil, and make sweet sweet love in star goddesses in tropical islands.

Why go for Daisy though? Not only does she seem to play him and his cousin Forgetable Idiotduck just for kicks and to make him jealous.
She is -super- boring

The answer? Because Donald swore to lead the life of a normal, boring, blue wearing adult, after he saw the parents of his nephews die in a tragic (but super awesome) chain of events during one of their crazy spy/magic ninja adventures.

Besides, how else would you hide from your International Super Villain enemies?
What proof do I have? Only every video game with Donald ever made, especially this one? Not to mention, powerful magical beings like Magica De Spell seem to not only pursue Donald but kind of have the hots for him? Would they do that for boring ol' clumsy Donald? Or would they do that for the true, badass super spy mystical ninja Donald?
The answer is obvious people.

So there you have it people. DONALD DUCK EXPOSED

Razor & Zenon’s walkthrough of the game.