This is it folks. We went for fantasy films, but the ones that are so horrible, so unbelievably bad that they break all rules of physics and turn to be actually entertaining films. For your consideration we have picked a movie that is so universally considered a crown jewel of bad films it lives in infamy, and a scrappy underdog, a film that masks how bad it is by high production value. But do not despair, today we have a shit movie Tussle, and it is going to be serious! Our contestants will be judged based on

Most people think that Eragon is just a mediocre, or slightly bad movie. BUT THEY ARE WRONG. Horrible acting, butchered plot points, horrible laps of logic and the most important, almost heretical, issue is the missed potential here! Promoting great actors such as Jeremy Irons and John Malkovich the movie performs a perfect switcheroo as all of them give a performance so shitty its truly a masterpiece of awful. Despite the valiant effort of a few actors that actually seemed to like the subject matter and wanted to see the film go places, the movie falls flat on its face. This movie is a true joy to watch. I have seen the movie about four times already and every viewing I spot brand new logical inconsistencies and errors, to a degree that I truly believe that Eragon is the bad film that keeps on giving. Without further ado, lets get to it!

A) Cliches: 5/10. Despite the usual cliches to be expected from this genre, we will have to attribute those to the book and not the film. What the film -does- however when it comes to bad movie cliches is to not only lean on said cliches, but make them even MORE glaring. A damsel in distress as seen in the first part of Arya's story in the book? Why not go on and make it a full fledged red headed cute delicate lady to make it -even- more obvious?

B) Acting: 10/10. Oh my god. Every single performance is astonishingly flat! It is as if they took quotes directly from the books, devoid of context or emotional buildup and toss them in there. Every single performance seems devoid of emotional build up, and the actors more often than not do not seem to understand or care about what is going on. From a very weak and out-of-breath command to fire arrows, to characters appearing in the scene with no reasonable explanation for their outbursts (or lack thereof)

C) Plot: 7/10. Oh my god, the movie butchered its subject matter and rushed -so- many things it makes little to no sense. I do not mind the story is a bit cliche and rather simple, what I -do- mind is that it feels rushed, sloppy and tries too hard to hop on the bandwagon of "The Lord Of The Rings" hype rather than focusing on making something on its own.

D) Common Sense: 10/10. NOTHING makes sense in this movie. Why is Gralbatorix so super pissed? Did we -really- have to see him? Why when the commander calls for the archers to take place, only 2 people show up? Is that their entire army? How did the enemy manage to blow the fuck out of an entire mountainside to march into a valley and why did they not do so earlier? Is Arya struggling with bipolar disorder? Because I have no explanation why she swaps between "a delicate damsel in distress" and "a badass, independent woman" in the span of a few seconds? I guess I have to watch the movie a fifth time to make sense! 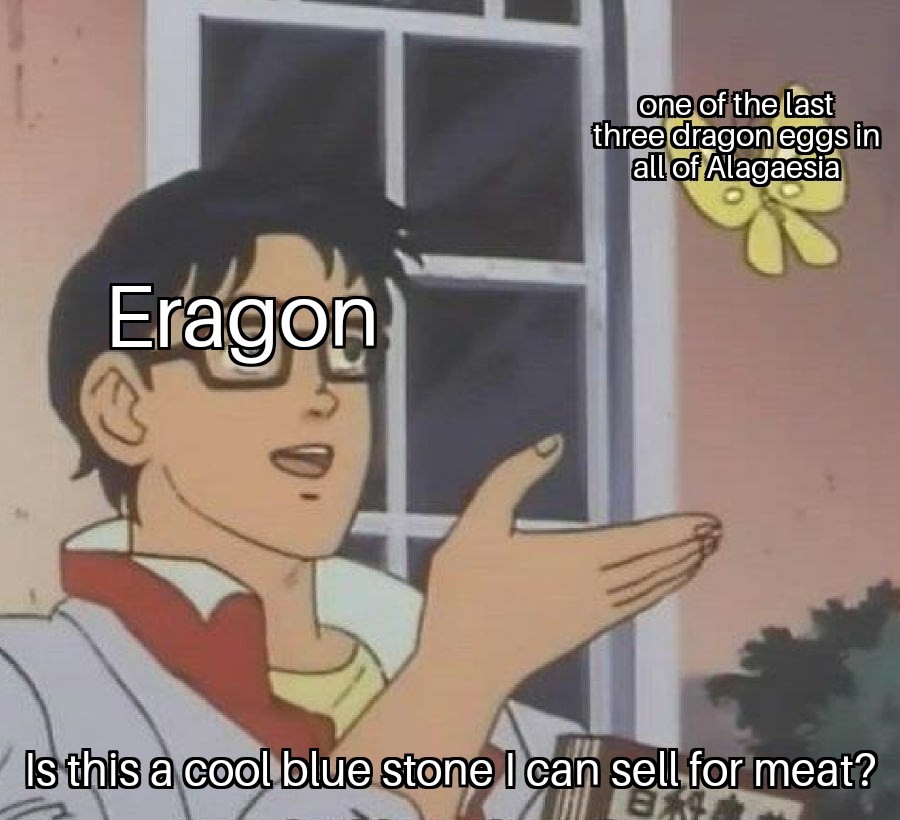 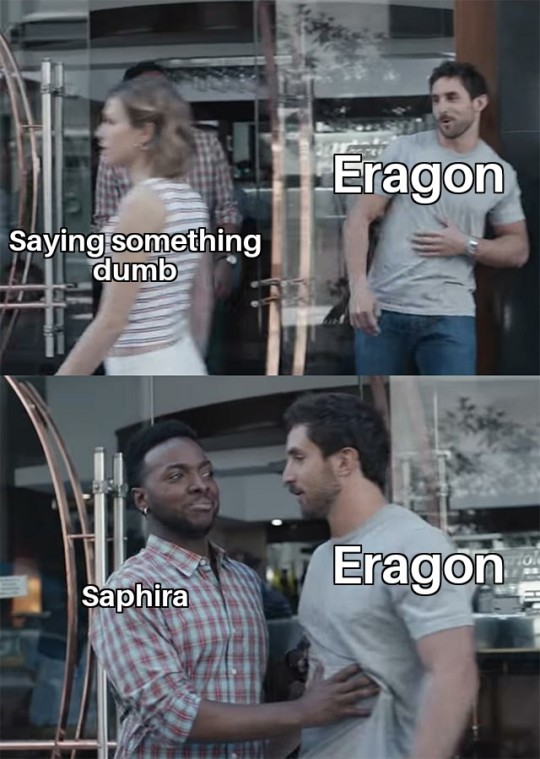 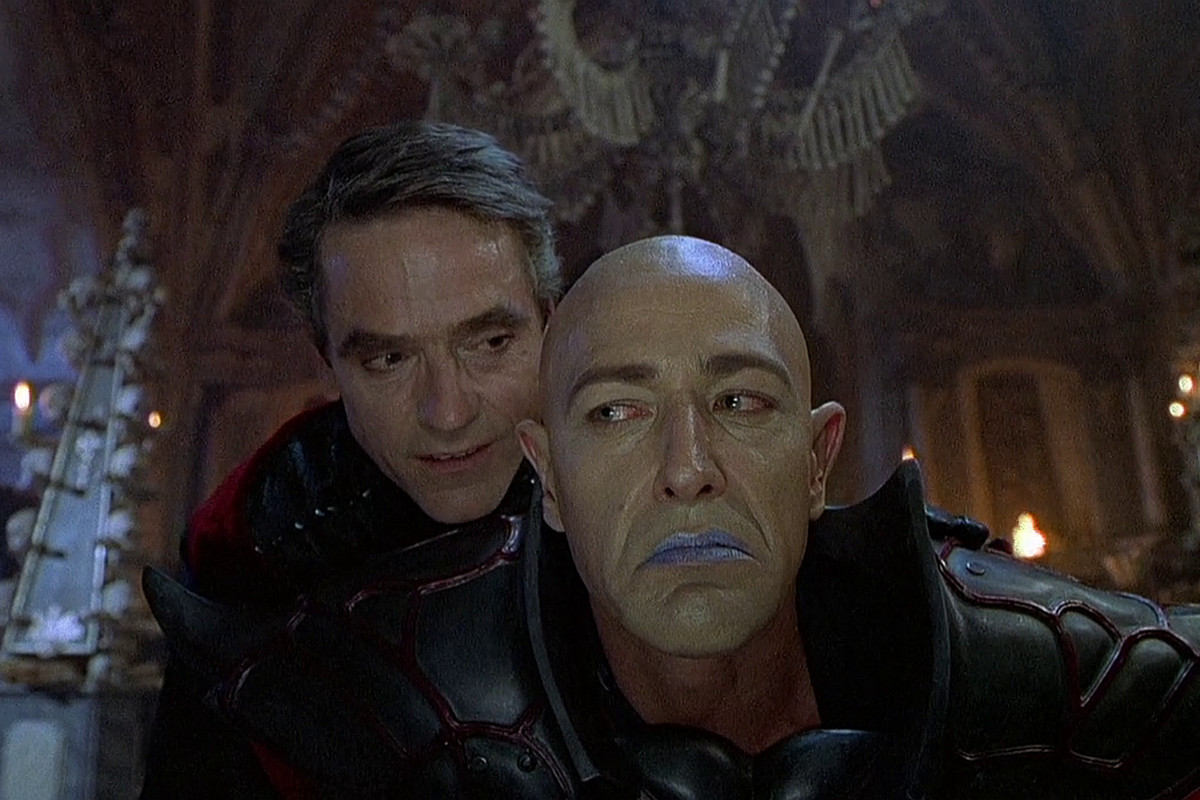 The holy grail of bad Fantasy Films, Dungeons And Dragons is a movie that decided to take a list of all fantasy Cliches and just start putting them all in the film, one by one. Drunken smelly dwarf? Check, Bad Guy with no reasonable motives aside from "Fuck -everything- I want stuff"? Check! "Badass elf chick"? Double check! The movie is so bad, in so many aspects it truly deserves a view from all fantasy fans. At the very least you will get a chuckle, at the very best, you will get a good drinking game out of this! So let us see how things go in the Tussle of Horrible Films:

A) Cliches: 10/10. When it comes to fantasy cliches this movie has them -all-. Literally, I mean, they went for SO many cliches they started to flat out copy OTHER films that turned set cliches. For example: remember the iconic scene from Indiana Jones with the swap of the artifact that resulted into a trap? Yeah, they copy pasted that, in a shitty manner. Enough said.

B) Acting: 10/10. Worst. Acting. Ever. Now, here is the thing. Despite having actors who are just plain bad, who manages to steal the show of bad acting is, in fact, Jeremy Irons. He manages to perform in such an erratic, weird and horrible way, one can only wonder, not whether or not he is on drugs, but what kind of drugs was he in on?

C) Plot: 9/10. The princesses parents are dead, and the princess is under age. An evil villain wants her place and a bunch of dudes decide to rob the palace. For some reason, it all ends up in a large invasion of fucking dragons. Next!

D) Common Sense: 5/10. The amount of bullshit you see in this film, and the logical inconsistencies are OFF THE CHARTS. However! The fact that everything else is horrible, means that at this point you already expect nothing to make sense to begin with. As such, aside from a few glaring inconsistencies, the rest of them you kind of, go with the flow.

And The Winner Is!

Dungeons And Dragons is -so- bad it actually becomes a great film to watch and have a good time. Eragon is -unbearably- bad. With the added insult to injury of having a great production, great actors and a very well made world, the movie could have launched the franchise and have the entire Eragon saga in the movie screen. But, with so many wrong choices, horrible mistakes and shameful money grabbing, this movie manages to "hurt" more than its competition.

Eragon is the king of bad Fantasy films, without a doubt, leaving Dungeons And Dragons to be the Patron Deity of those films. 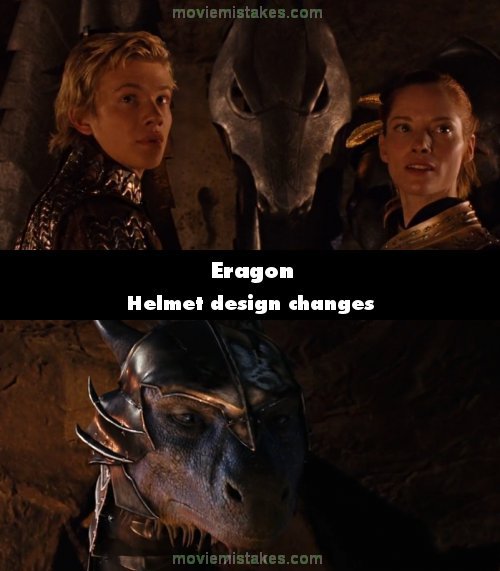