Escape is a co-operative board game in which the players have to roll dice in order to collect gems, to unlock doors and escape a crumbling temple. The catch? You have a limited amount of time for starters, and in addition, at some point you have to return back to the start, or lose one of the dice you roll, permanently.

That is basically it.

The premise is that you are all explorers who are totally not Indiana Jones, and you have made your way inside a hidden cursed temple. At some point, you realize the temple is slowly crumbling and the gate has been sealed. So, you all have a limited amount of time, to run around, collect gems, find the exit and get the hell out before it collapses on you making this temple your tomb.

Considering how I dressed up as Indiana Jones for, I dunno...all my childhood all the time? You can imagine I was pretty sold on the concept alone.

Much like Fuse the game had its own timer, in the form of a cd, with a few track variations for your "countdown" music. The soundtrack is not just there for show, it has specific audio cues you -must- pay attention for, else you may end up trapped and losing one of the precious dice you need to roll to succeed.

Simple yet hectic, Escape is a rather simple game that happens in real time. The objective is, for all the players, to flee the crumbling cursed temple all together, or lose, if even a single one remains behind.

To do that they will have to explore rooms, collect gems and keys, find the exit and leave before the time runs out. The co-operative aspect of the game comes into play in a number of ways. For starters, while rolling the dice, you have a chance of getting a black mask, which means that the specific die that rolled it, is out of play.

The only way to counter that is by one player, rolling a golden mask, which can counter 2 black masks each. That can be used on yourself or any other player, so the idea is that you must all make sure you are all constantly rolling and advancing, or you are all going to lose.

The tricky part of the game however, comes at some point around the middle of it, when you will hear the sound of rolling stones (not the band). By that time, you have a few minutes to all regroup in the starting area before the sound of a closing door, or else the players that did not make it, will have to lose a die permanently. In addition, when a player manages to escape, then he can give ONE die to ONE player until they too, escape. 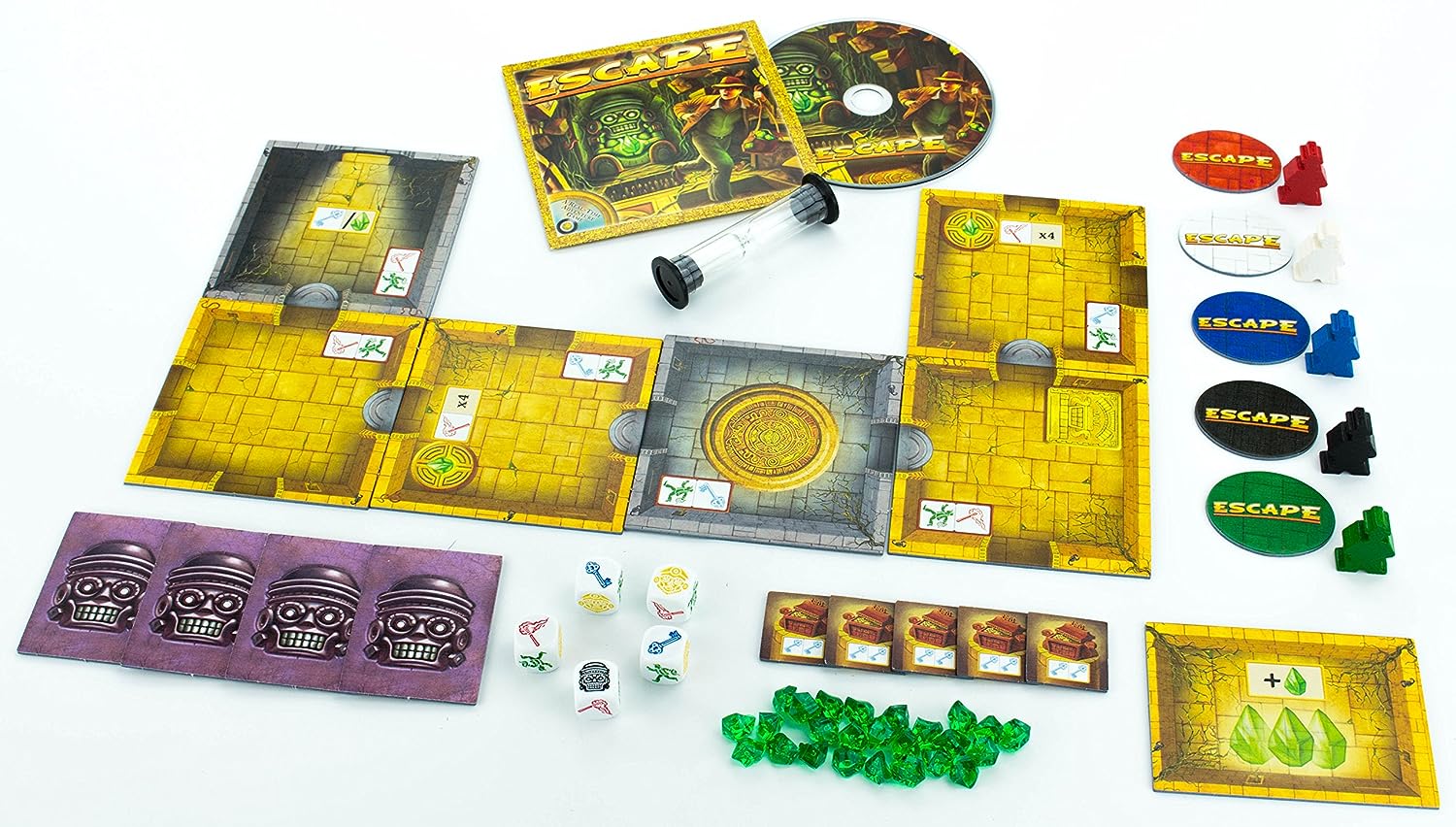 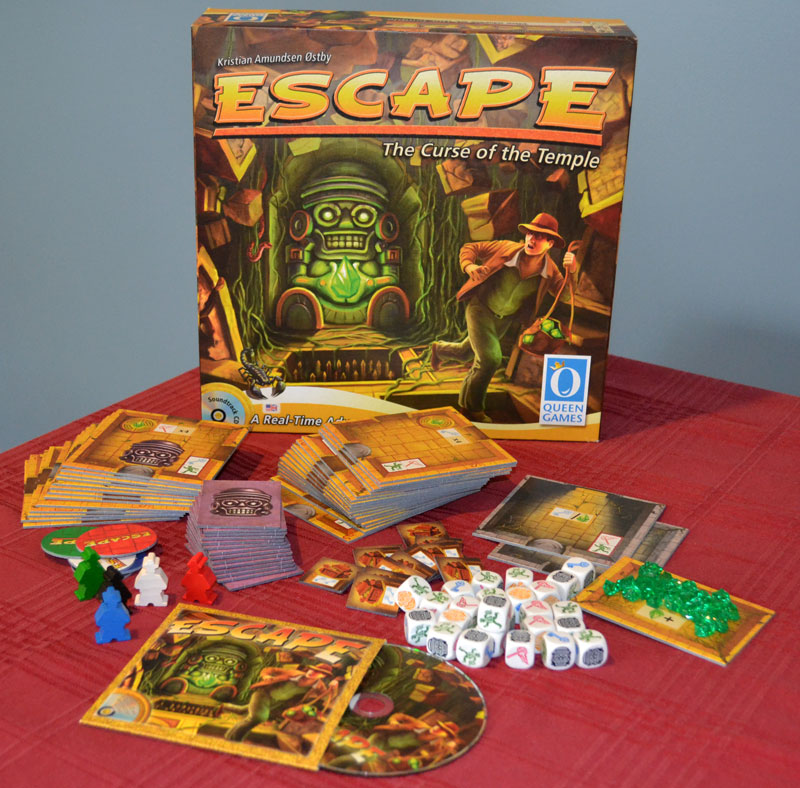 The game, is one of the simplest games I have ever played, and yet the artwork and the sounds/music used in the CD make it one of the most immersive and thematic ones as well.

Delving deep into the Indiana Jones like stories, everything feels like it belongs in a museum...I mean, in a movie, or some adventure type book.

Adding to the gameplay is the soundtrack included in the box. With jumanji like drums escorting the early gameplay, only subtly growing faster and deeper as the time goes by the game really creeps up on you.

We played this game with the premise of maybe one or two games before we move into other games. We did not even realize how three hours went by and we still ran back into the temple pitting us against it.

From the amount of games we played, we only won twice, and by a hair's breath at that.

The only bad thing about escape is that I do not own it. Fast paced, hectic, fun and ridiculously simple, this game, much like Fuse, is a real time co-operative game that will have you relive all the stressful moments from Indiana Jones-esque films.

My suggestion? Get the game, get a few friends and have at it!