Another one of Donald today folks! Quack Shot is a Sega Genesis (Or Mega Drive) game released in the early 90's. As usual our favorite duck is starring in a treasure hunting adventure with his nephews. Armed with a gun that shoots plungers (yes you read this right) and a plane operated by his nephews (not even touching that), you must travel the world in order to find the legendary treasure of some ancient duck king.

The game offers pleasant graphics, above the average of its era. Pleasant colors, good animations and a unique way of making reflections and shadow, this game is a joy to look at (considering its era). An additional thing that is worth mentioning in my opinion is the varied and pleasant backgrounds and the diversity of each level you visit.

With graphics like these, you really feel like you are in an episode of Duck Tales (woo oh) 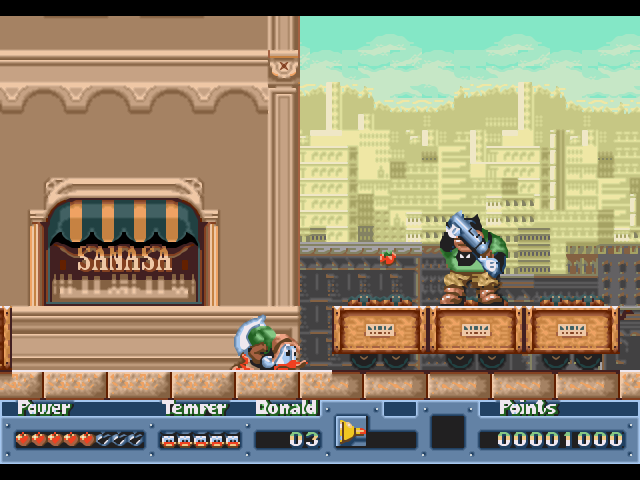 In the era of SNES and other similar games, not much is to be expected in terms of music and sound. As Sega lacks the depths of music the SNES offers (in my opinion at least) Quack Shot manages to be one of the few games that stand out. With catchy tunes and fun disney-esque sound effects the sound is pleasant enough to keep on.

The game works like a standard platformer. You will shoot plungers at enemies to render them temporary harmless with your gun, or you can use popcorn to eliminate them all together. However as the two versions of ammo (pop corn and bubble gum) are limited, you will be using the plunger gun for the majority of the game. What is interesting however is that the plunger gun also offers you means to advance in certain areas, as the plungers stick on surfaces allowing you to move forward.

I like this game. I think the levels are fun and interesting, with easy enough "puzzles" and platforming which makes sense as it is aimed at the younger audiences. That said, the boss fights and the levels are entertaining enough even for the more seasoned players.

Aside from a few movement issues, especially with the fluid nature of running, the platforming is responsive and intuitive. Most of the times you will fail a sequence it will most likely be your fault not the game screwing you over (as it is the case with many old school platformers). 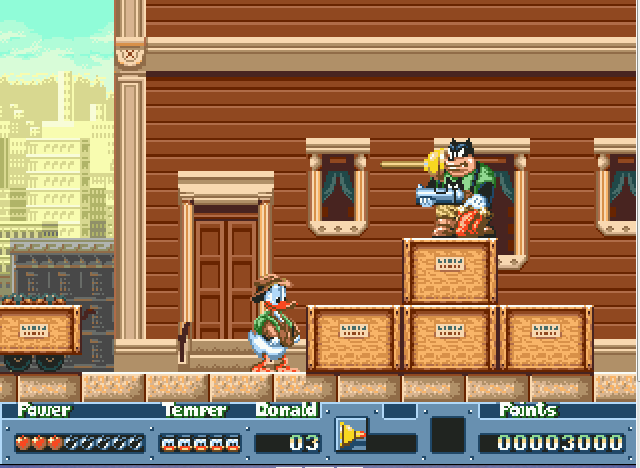 An enjoyable game, fun story and off course the most lovable duck in the history of ducks, Quack Shot is a fun game that is well worth your time!