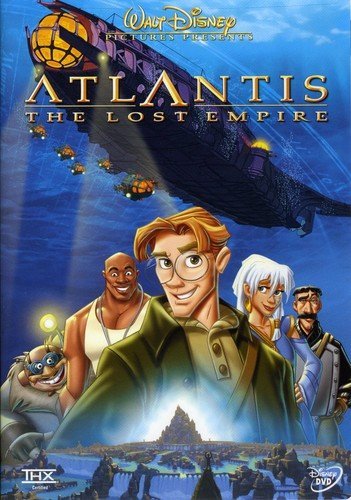 You all thought the thumbnail picture was wrong in Monday's post? Well guess again! Today we will pit Disney's Atlantis VS the game duo of Atlantis and Atlantis 2: Beyond Atlantis. Which one is more Atlantis? Which one is more mythical? We will find out the only way we know, via a deathmatch Tussle!

Our contestants will be judged based on

B) Faith in the Source Material

Following a young aspiring Archaeologist who aspires to find the lost city of Atlantis, we see Milo and his rag tag group of mercenary friends (?) tackle the voyage and discover that Atlantis is far from a ruined city. With a steampunk aesthetic meets fantasy, this is one of the most underrated movies of Disney in my opinion. Packed with action, impressive visuals, an interesting if basic story and one of the most badass Disney princesses to ever grace the earth, will Atlantis hold its own in the Tussle?

Mythology: 9/10. Though straying far from the Ancient Greek tales of Atlantis, this take on the Atlantean civilization is a perfect cross between the source material and proper myth. Giving the Atlanteans their own unique culture based on multiple archaic civilizations they bring an ancient culture to life and make it unique, fresh and impressively well thought out.

Faith In The Source Material: 10/10. Nobody said that the ancient Greeks considered the Atlanteans Greeks, and no accounts technically claim their lineage. What Disney managed to do is create a civilization which could have existed in the Ancient times, but also with enough respect to the source material to give the Atlanteans similarities with many cultures, doing their source material credit!

Plot: 8/10. Desperately in need of an "adult real life action" remake, Atlantis has the makings of a -great- steampunk action movie. Interesting characters, great visuals, a few interesting plot twists and, my personal favorite, a healthy dosage of humor sprinkled around, the movie's only drawback is the fact that it leans a bit too much on the humor and pulls on the hand breaks when the movie goes towards a more grown up route.

Characters: 10/10. Much to my personal surprise if I am honest, Atlantis has done something I dont see that often in those types of movies. It takes its time to introduce its characters to us. We spent a decent amount of time getting to know Milo, and his friends, thus being more invested when things turn south. Even the ones that appear closer to the end, the movie spends its focus on the relationships of people, rather than the glory and spectacle of the ancient civilization which I think is a -great- bonus. 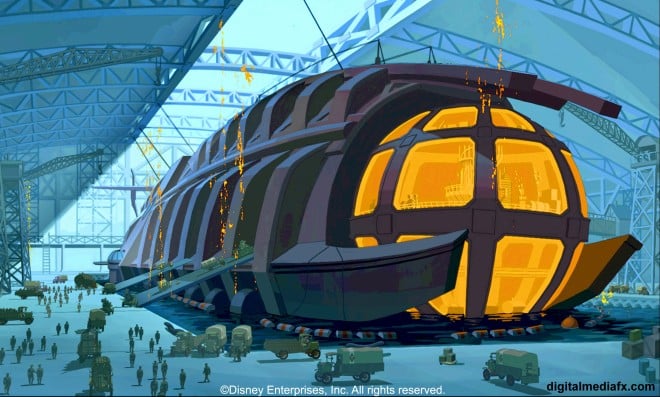 Both of them, point and click adventure games. Their story is...a mess. The first one follows a young Atlantean as he tries to uncover a plot against the Atlantean Queen. Decent, solid, a proper point and click mystery game, as one would expect. Then the second game pulls a 180 and starts throwing some bullshit about bearers of dark and light and some Shambhala nonsense and what the fuck is this and what has it to do with Atlantis? In short: nothing!

That said, both the games are considered, and rightfully so, among the greats when it comes to point and click adventures, and for good reason. But will commercial success topple their opponent in this Tussle?

Mythology: 9/10. Even though the second one took a very -very- weird turn, I will have to say that the mythology they created and the stories they made revolving around Atlantis and the world it could have been a part of, are both great and interesting. With the first game being closer to the subject matter than the second one, I have fond memories of both of those games.

Plot: 7/10. The first game had a solid mystery to solve. It build a great story, interesting version of Atlantis and had a great end. The second one has nothing to do with the first, and though its an ok story all by itself, they are both named Atlantis, and so I will take 3 points out, for inconsistency.

Characters: 2/10. Sorry guys, but it will be a long time (until Siberia at -least-) till we actually get interesting main protagonists in any point and click adventure game of this type. Usually serving as lenses for us to experience the world, and taking the backseat to the story and the puzzles, nobody remembers their characters, but we all remember the visuals.

And The Winner Is:

Back when Microsoft games was still making amazing real time strategy games with valid historical or mythological data to back them up (aside from the visuals that is), we received the blessing that is Age Of Mythology.

Giving us insight in three distinct Mythologies, Greek, Norse and Egyptian, we all got excited when we heard the expansion would feature Atlantis as a new faction as well as the introduction of the mega unit of Titans.

Continuing where the previous Age Of Mythology Ended, we see Atlantis carry its own architecture that, once more, has a bit of a mix of various civilizations and off course a naval theme.

I will not even mention the memes, whacky voice lines of Age of Mythology and how great a game it is 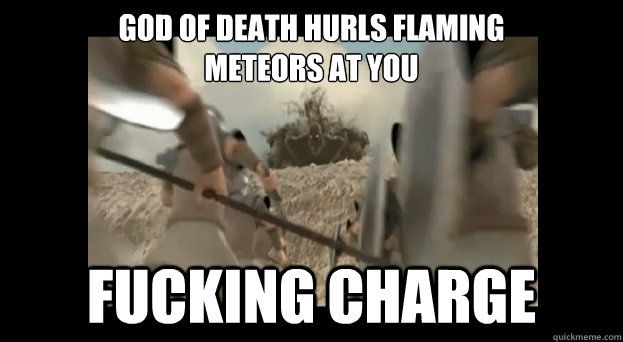