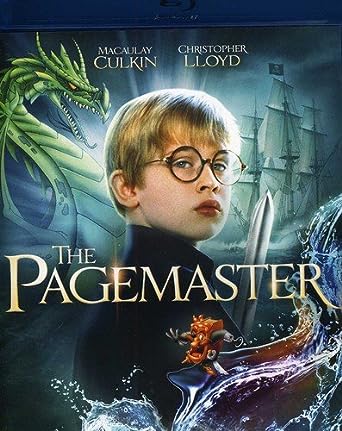 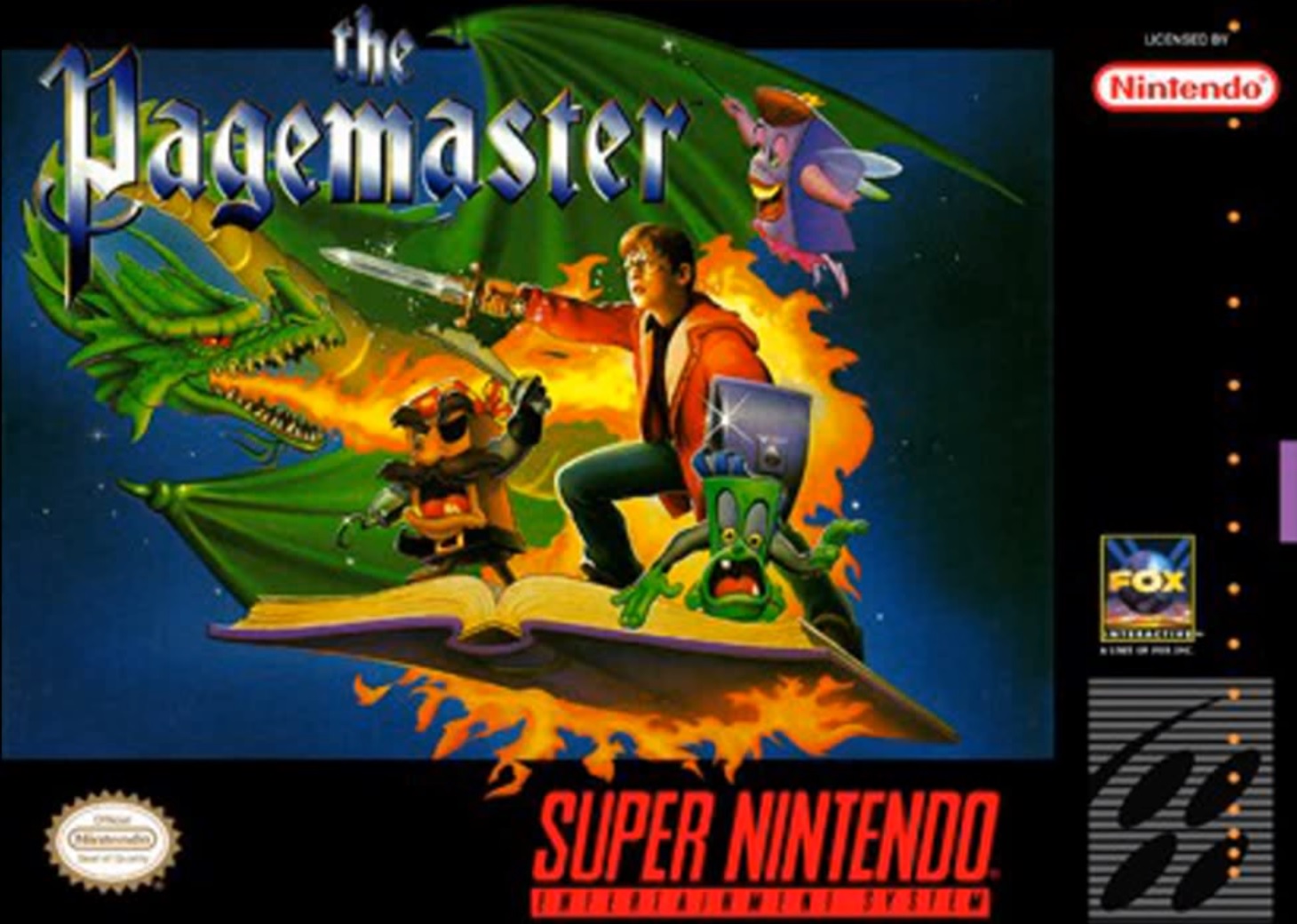 Lately I have been putting on a lot of movies I used to watch as a kid in the 90's. Not all of them were great, to be honest, but a lot of them came with licensed video game for the Nintendo and Sega consoles, and I remember a few of them fondly. As such, over the next few weeks we will be driving comparisons between the movies and their games. This week we begin with The Pagemaster.

A weird, but pleasant film if you ask me, The Pagemaster essentially is a live action movie following the story of a kid (played by Macaulay Culkin) of a timid and fearful nature, that ends up taking refuge from a storm in a library. In the process, he slips and is somehow sucked into the library's cartoon alternate universe. There, with the help of three books, Adventure, Horror and Fantasy, he finds his courage and embraces his emotions through each genre. An interesting concept that I assume was meant to instill a love of literature to the kids watching the movie. The game on the other hand, is simply a voyage through each world, following the events of the movie rather closely, more about the game you can find here.

Our contestants will be judged based on:

Starring Macaulay Culkin, the story is about a young timid kid who lives its life based on statistics and data, fearing to do almost anything that has a slight risk. His parents, concerned with the secluded and timid nature of their child have done everything they can think of, but to no avail. The story picks up when they send the boy to get a box of nails for building a treehouse. Caught in a thunderstorm the boy seeks shelter in the local library. There, he slips on his wet coat and passes out. When he wakes up he is sucked into a weird alternate cartoon reality. With the help of the mysterious Pagemaster, guardian of the written word, and three books, Fantasy, Adventure and Horror, he tries to find his way back into his reality, finding his courage and learning the value of books. But will fantasy and swashbuckling serve it well in the Tussle Ring?

Story: 6/10. Though an interesting concept with a few interesting moments, it is nothing we have not seen before. The entire message is pretty obvious and you can only watch so many movies with the message of "books are awesome" before you start getting a bit bored of it.

Fun: 8/10. This could be a lot higher if you are a kid, but the entire live action to cartoon to live action is fun. The performances are entertaining and the message, though obvious, is not exactly in your face. Its a fun movie that does not overstay its welcome.

Soundtrack: 5/10. Its ok. It has this cliche "whimsical" tunes that were SO god damn popular in the 90's so if you are into that kind of thing you will love the soundtrack. For me, its 50/50. Some I love, others I hate. This one sits in the middle.

Visuals: 9/10. I still love the visuals of this film. Sure the CGI is dated, but the cartoon animations are amazing and the entire worlds are amazingly made. They used the concept perfectly and delivered perfectly in my opinion. 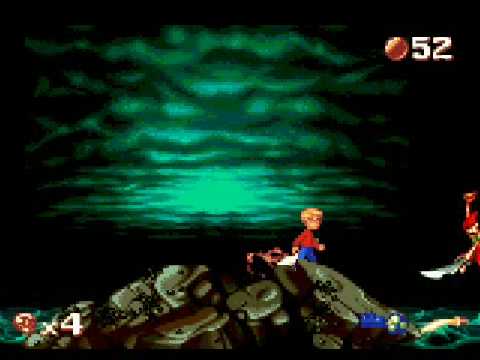 Licensed games have a horrible reputation and often for good reason. I believe I was lucky to be raised in the 90's as apparently the licensed games back then were the at the very least decent, before they started to deteriorate. Not much more can be said that is not already said in the previous article, but I will say that as far as licensed games go, this was alright.

Story: 5/10. A game could have done more with the franchise and expanded on what we have seen way better, but instead we just got a standard platformer.

Fun: 7/10. As far as platformers go, this one was one of the few I had fun playing with back in the day. With unique powerups, pretty visuals and following the story of one of my favorite movies back then, it was a must have!

Soundtrack: 2/10. No. Just. No. I get that they were trying to translate the official soundtrack but the way they did it was grinding to me. No.

Visuals: 8/10. For its day it had surprisingly good graphics. Easily above average, the animations are well made, the hit boxes are only slightly annoying and overall the entire design is great!

And The Winner Is:

If you are to watch a sappy 90's kids movie, I would recommend Matilda any day of the week. Sure the Pagemaster is an ok film, not harmful in any way and -can- be fun, but its not exactly a -great- movie. Matilda is fun, fast paced, has great music, good performances, EVEN by the child actors, and is a thoroughly entertaining family movie.